Getting down to basics....

The Doppelganger Hat posing as a Polite Republican Poet in the last posting has gone to lie down after his mammoth effort to give every musician at the Hebden Blues Festival a name check. I can understand. It ain't easy (as everyone in the world has sung or written) but I hear that copies of the said 'poem' are now being pinged around the world – so I guess there must be smart people out there with an Eye for Literature as well as a feeling for the Blues...

However, put Bad Verse to one side. Chatting to Todd Sharpville and his famous dog Genghis early on, The Hat asked him what his plans for the Jubilee might be. His answer was "This is it, I'm here for the duration!" Not only a guitar star but a Hebden Blues groupie! So, our spirits are lifted by being at the Festival on Day One and taking a dose of some of the six hours of the best music in town and a tsunami of brilliance, humour and jaw-dropping musical skill. What a Festival this is! If Day One is anything to go by, Doctor Hat is recommending you keep going back for more and more....

The Organisers were in no doubt that their Festival openers would set the place on fire...(Whoever stole the launch strap line 'Let's Get This Party Started' was a genius....er...me.) and so it proved. The Revelators are an incredible stage band. They are terrific entertainers with the beautifully hatted and totally charismatic Captain Barnaby Neale leading the party. You couldn't help feeling that the stage was far too small for him as he bounded around almost hitting the ceiling as he leaped up to tell you about his' Ball and Chain'. This cracking tight band connected directly with the audience from the first note with tales of bad love, murdered lovers and daft romance. After a particularly black number, an aside about being available for children's parties also went down well! Moving through near punk and blues and using bongos, slide and harp, the band gave the locally influenced crowd a storming version of 'Hell Hull/Hole and Halifax' amid a set that had everyone in the palm of their hand. The Revelator Band played the Festival last year and it is easy to see why they were back. Full of humour and bursting with talent, they set fire to the Blue Horizons stage and The Party was well and truly Started....Phew!


The Hat was obliged to test the'Howlin Fox' beer and then was helped down the road to Marshall's Bar where Boneyard were kicking up the dust. You would never have noticed that they were having to deal with the absence of their Hammmond keyboard man and using a stand-in drummer. Coming from Leeds, the smart and fast front duo had a clear rapport with each other and the audience who loved the local banter and backchat. During a wonderfully varied gig, they gave us a terrific version of' 'Superstition' with guitarist Sam Hirst soaring through a long and impressive guitar break and we were treated to some classic John Lee Hooker with an up-tempo twist on 'Boom Boom'. These guys can probably play anything and just to prove it they got everyone up with the Nashville Teens number 'Tobacco Road'. A great set to a packed house at Marshalls Bar...and it was free! Wow!

And so to Ben Poole back at Bar Place. From the moment this extraordinary young guy walked on stage The Hat knew we were in for something special. Standing front and rock solid, he took us straight into a long version of 'Have you ever loved a Woman?' and took the mood from slow and sweet to near shred. After that, the rammed audience was transfixed for the complete set. Ben played one of the most amazing versions of the Hendrix 'Hey Joe' The Hat has ever encountered and took one of the simplest structured songs around and turned it inside out and upside down. The audience was hushed. It was breathtaking. The sheer breadth of style and skill of Ben was demonstrated throughout the evening - no less than when he did 'Ain't No Sunshine..' when together with his bass man and drummer they blew the room away. Barry Pethers on bass was phenomenal. Although he took a few jaw-dropping solo breaks, the Hat sees him in that grand tradition of John Paul Jones from Zep and the sadly missed John Entwistle from The Who......those brilliant musicians who just stand there and do their stuff. No flash. Here it is. Enjoy. Ben moved through different guitars and styles throughout the set and at one point with his band off the stage he even played spanish style Gibson semi-acoustic that had us stunned with its simple dexterity. It would be easy to get too carried away by this talent and his close band. But why not say I? You will enjoy every moment of this musical prodigy and....I have to report that he didn't take his shirt off until he had been playing for an hour and a half. This is where, on behalf of those to whom fitness is important, I say...Phwoar!


The Midnight Jam was, as has come to be expected, a cornucopia of fun and talent. Watching Paddy Maguire riffing through 'Can't Always Get What You want' with Todd Sharpville on one side of him and Ben Poole on the other seems to The Hat to sum up this Festival. Let's have a Party. Let's Have Fun and roll on tomorrow for more....

Pip Pip!
The Man The Hat
Thanks to Tony Winfield for the pics. 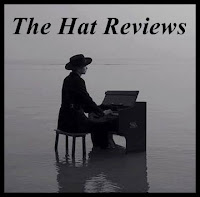